Welcome to the beaufort polo club

The Beaufort Polo Club is the foremost centre for the development of polo in the Cotswolds. Home to the famous Tomlinson polo dynasty you can always be assured of a warm welcome,  watching or playing polo at the highest quality from -2 to 18 goal.

The Club also plays host to the Gloucestershire Festival of Polo in June, pairing top-class polo with fantastic entertainment and a tented shopping village.

Whether your interest in polo is as a player, an aspiring player (coaching at all levels), a spectator, or a sponsor the Beaufort Polo Club can provide something for everyone.

Polo is on from May – September and visitors are most welcome to come watch. If you aren’t sure about the rules, why not visit our Polo Explained page for more details.

Polo is free to watch during the week, with weekend Finals charged at £5 per car. Public are always welcome and the Clubhouse is open for lunch and refreshments.  Bigger events such as the Gloucestershire Festival of Polo have different prices, please check the website.

The Club has 6 boarded polo grounds, a number of stick and ball areas, a polo pit, indoor riding school and newly installed Equus Design & Build Outdoor Arena. The grounds are free draining and playable in the very wettest conditions.

The Clubhouse has comfortable changing rooms and a bar area where players and members can relax.

The Club offers livery, stabling and schooling as well as the opportunity for riders to hire ponies for lessons and County polo. Courses are run for the Pony Club and schools and as soon as possible children are integrated into adult polo.

Riding and polo tuition from Hurlingham Polo Association Approved coaches is available throughout the year for anyone wanting to learn or improve their skills.

For more information on playing membership and coaching see our Membership section.
Spectators are always welcome

From May until September matches are played every weekend and on some week days. Members of the public are welcome to all matches – the dates and times of events can be seen on our fixture list and can be confirmed by phoning the Polo Office on 01666 880 510.

The Clubhouse is open for refreshments during the Summer, please check the Clubhouse page to find out more. 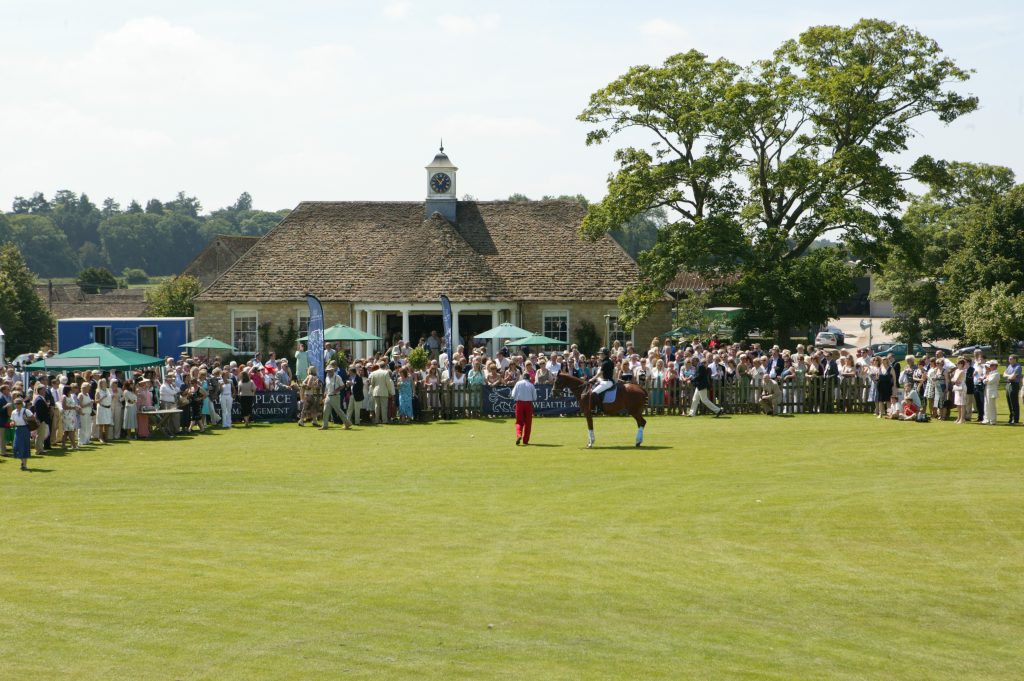 Beaufort Polo Club in Gloucestershire, though in it’s present form only 30 years old, is really a revival of a hunt polo club which must have been one of the first if not the first, of the country polo clubs.

The old Club was inaugurated in 1872 by Colonel Frank Henry, who had just returned from the ninth Lancers, which was the regiment responsible for bringing the sport of polo to England, and had, just three years previously played the historic polo match against the 10 hussars.

The present Club was formed during the Winter of 1928-1929 by a few members of the Beaufort Hunt under the presidency of the Duke of Beaufort. An ideal site was found in the Big Field at Norton, between Malmesbury and Hullavington on the Pinkney Estate.

The outbreak of the Second World War signalled the end to polo in England, with Beaufort, like many other Clubs, not reopening after hostilities ceased. It was only until 1977, when new blood arrived in the form of the Tomlinsons that polo once again restarted at the Club.

Simon and Claire Tomlinson revived The Beaufort Polo Club in 1989 with two main objectives: to encourage young players to learn and improve their game; and to provide first class polo facilities for players and spectators alike.

The Beaufort Polo Club as it is known now as a small friendly polo club set alongside the Westonbirt Arboretum in one of the most beautiful parts of England. The serenity and tranquillity of the surrounding Cotswold countryside are in complete contrast to the speed and energy of the sport of polo. It is simply one of the most exciting games in the World for player and spectator.

Tips for enjoying your day at the Beaufort

There is no official dress code except in the Hospitality Marquee where it is smart/ smart casual.

Being an outdoor sport, it’s obviously best to dress according to the weather. Spectators at polo wear everything from jeans to a blazer and tie – it’s very difficult to be under or over dressed!

If you are attending one of the bigger polo tournaments or a Charity Polo day, people do tend to dress up a bit more. Don’t forget that if you want to go treading in divots at half time to wear flat shoes.

Make an afternoon of it. Most polo starts at 3pm (check the fixture list or call the club) so why not bring a picnic or have lunch in the Clubhouse, set in the beautiful surroundings of the Cotswolds. Please remember to take home all your rubbish.

Nine times out of ten, the action takes place on the opposite side of the field! If you have binoculars they can be useful to pick up all the action. There is a grandstand for prime viewing. On bigger days the commentator will help explain the rules and give you background on the players.

At half time spectators are invited to help tread in the divots made by the ponies. It not only helps the players (and ground team!), but is a great way to meet people and see some of the players and ponies close up. Please remember to wear shoes when treading in.

5. Players to Watch out for…

The Beaufort has amongst its playing members a number of International players including two England Internationals in Luke and Mark Tomlinson.