Following the Beaufort Polo Club Glitter Ball, Sunday 27th August welcomed blazing sunshine and buzzing crowds to support the Wichenford Bowl (8 goal Victor Ludorum) finals, proudly sponsored by Cotswold Airport. Despite the enjoyable events of the evening before at the fabulous Beaufort Ball the supportive turnout was fantastic and both subsidiary and final were impassioned games, rousing shouts at team members in the bid for the most tactful plays and cheers from onlookers to induce further competition.

The final brought Silvertown Properties/Limitless and Strategic Help for Heroes together to not only attempt to win the Wichenford Bowl but also to strive for the 8 goal Victor Ludorum win. In an impressive match Silvertown won both with an impressive final score of 7-2. Strategic were the initial team to pull ahead scoring their first goal in the first 30 seconds of the game! Determination then fired within the Silvertown players who gained a three-goal advantage in the second chukka. Appearing to return the favour Strategic scored again but in combination with the crowd’s support this simply spurred Silvertown to reinforce their tactics, keeping Strategic at a 2-goal bay whilst increasing their advantage to dissuade any doubts that they were the winners.

Beaufort and Snakebite met for an incredibly close subsidiary final; up to the last minute of the fourth chukka the teams were neck-to-neck at 4 all! Beaufort took the initial lead scoring 4 goals against Snakebite and not allowing their tries through the posts! The second half of the game welcomed Snakebite’s fighting spirit and they quickly shortened the gap. In the fourth chukka, they continued their push and managed a fifth goal in the last minute to take the title of winners of the subsidiary final. 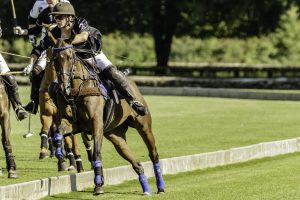