We felt that we finally had summer join us this last weekend with The Fairfax and Favor Eduardo Rojas Lanusse Cup Finals followed by The Fairfax and Favor after party. The sun shone gloriously all day providing fantastic grounds for the polo, a wonderful evening for a party and a great day to welcome back all our fantastic spectators; thank you to all who came to the days and evenings events.

As we cheered both teams along through a close game, the 3rd chukka welcomed Shibumi’s competitive edge to battle through tied scores with Thompson Local to just pull away from a tie score and to wrap it all up with a 3-goal lead in the 4th chukka to win the tournament! Despite the heat players and ponies played hard and it paid off all round with Shibumi’s pony “Nica” taking the award for best playing pony by being both talented and hard-working through the match.

The subsidiary final followed between La Quinta and Chester/Jenkinson and promised another fantastic display of polo where the 4th chukka closed on a draw calling for a fifth where La Quinta just pushed ahead to take the win.

Our sponsors, Fairfax and Favor, hosted their own VIP lunch during the daytime but had prime position to watch the games and by the noise of the crowd it seemed they enjoyed themselves. Following each game Fairfax and Favor presented the participating teams with their wonderful prizes to be followed by big smiles all round. 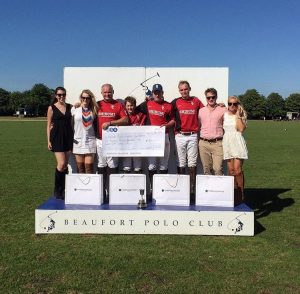 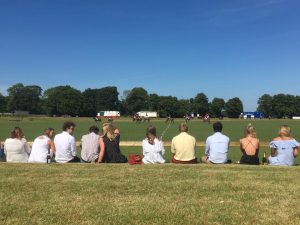 (Left) Spectators enjoying the sunshine during the Final.

(Right) The winning team, Shibumi, recieving their prizes from Fairfax and Favor pictured with their representatives and our events team. [Players from the left; Peter Baldwin, Luke Wiles, Tommy Severn and Mark Baldwin – Congratulations!]